As a psychiatrist, I sometimes meet patients with bipolar disorder who went many years without any major issues. Then, something changes, and disaster strikes. Their notorious symptoms return. 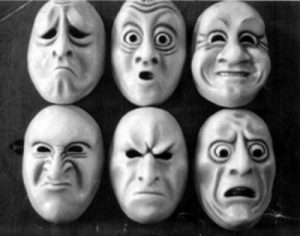 One patient told me had used marijuana from age 22 until 35, when, finally, he had to work a federal job at Tripler hospital. So he stopped using marijuana. He lasted about a few months at Tripler, and then had to be put in the hospital himself. He was in an extreme manic state, for the first time in 15+ years, and he almost lost his marriage and family over it.

His bipolar disorder had all of a sudden came out of hiding.

The marijuana had, for fifteen years, masked his disorder and protected him. He knew it did something beneficial for him, so kept on using it… but didn’t know exactly why.

What he didn’t understand was that cannabis is a pretty effective mood stabilizer. In my opinion, it is almost as effective as lithium, with fewer side effects. It’s crazy to think how popular many of the bipolar drugs are, considering there is a safer alternative. Bipolar drugs such as Depakote and lithium are the sorts of drugs that can cause fetal defects if taken during pregnancy! These are the sorts of drugs that can cause massive weight gain or drops in your platelets, making it more likely to bleed internally. Marijuana causes none of these problems, and it’s almost as effective at stabilizing the mood as those drugs are.

It’s interesting to me, as a physician, to see that some varieties of marijuana are working to treat seizures in kids.

To me, when I first saw that in the news a couple years ago, it made a lot of sense.

Marijuana, as one patient told me, “puts a glaze on your nerves.”

I wouldn’t exactly put it like that, but it’s close. The effect of the plant on our brains is kind of like the bumpers at the bowling alley. It protects us from extremes, whether a seizure, a migraine, or a manic episode. All three of which are caused by nerves firing off willy-nilly.

Some of the side effects of marijuana are similar to the anti-seizure drugs, as well. As everybody with epilepsy can tell you, the anti-seizure drugs (like Depakote, Tegretol, Keppra, etc.) can all cloud the mind. By dulling the brain to prevent a seizure, the ability to think sharply is also dulled. Unfortunately, too much marijuana can also do this. It can “gum up the works”, so to speak. This is reversible, but annoying. The best way around it is to use only the lowest effective dose, and to never use more than is necessary for your condition.

But anyways, back to bipolar disorder.

Marijuana is an excellent mood stabilizer, and I will be attempting to have Hawaii approve it as a certifiable  diagnosis for the purpose of getting a med-mj card here. Really, it should be a reason for any state with medical marijuana. I consider the management of bipolar disorder one of the chief uses of marijuana. I rank it right up there with nausea for chemo. It’s very effective.

Bipolar disorder is a type of problem that can really ravage people’s lives. It leads to a high risk of suicide, and long periods of depression. Of course, the shorter “manic” episodes are notorious, and they’re dangerous, but they’re only one part of the problem.  (Imagine a person feeling/acting like they’re high on cocaine, but without any cocaine at all!) In bipolar disorder, the problem is the brain doesn’t release packets of neurotransmitters in a slow, even manner. The brain tends to just release them all at once for days on end, and, of course, this cannot be sustained, so they will crash for long periods while the brain slowly recovers its ability to feel good on its own. Sleep is restorative to these individuals.

The way marijuana helps slow this process, is by telling the brain not to release all its juice at once. We see an analogy in marijuana’s effect on stimulant abuse. It is known to blunt the severity of stimulant abuse, I mean any stimulant, even crystal meth.

The same is true for caffeine. When THC is present in the brain, there is a sort of buffering effect to caffeine. Many marijuana users have noticed that coffee doesn’t “hit” them quite the same after they have used marijuana.

The same principle is behind the treatment of bipolar disorder.

We all really need to be our own doctors, in a pioneer sense, and try to understand ourselves as best we can. What you need is a doctor who can put all this together for you, educate you, and give you independence from medicines.