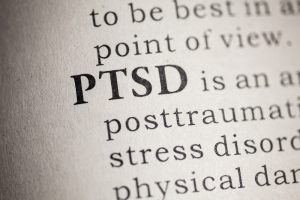 PTSD is difficult to treat.

Take it from me, I am a psychiatrist with my own private practice in Hawaii. And I treat veterans (and non veterans) with PTSD every day.

To those of us without PTSD, it can be hard to understand what it’s like to be constantly in protection-mode, jumpy, sweaty, and unable to leave one’s house or dwell in a crowded area. Vivid flashbacks and emotional numbness are also common symptoms. Depression usually also follows the social isolation caused by these other symptoms.

The existing treatments for PSTD include the following: medication, medication, and more medication. Some of them are a little helpful, some are not. As far as therapy, lots of therapy can be helpful, but the key word is “lots”. It’s also difficult to find a qualified therapist. A therapist with the right degree or the right job is not necessarily the best therapist for PTSD. Finally, there is a type of talk therapy where you are prompted to recall a traumatic memory and then you move your eyes back and forth really fast. This helps de-sensitize you to the memory. And yes, even though it looks like quack hypnosis, it does work rather well sometimes. But a lot of the time, it doesn’t do much.

a) Sedatives like Xanax and Klonopin will end up making a person with PTSD depressed over time, and since some veterans with PTSD abuse alcohol, they are a terrible idea. They may take away anxiety, but at what cost?

b) SSRI’s like Zoloft and Lexapro  are somewhat helpful, but they take a long time to work and they only take away, I’d say, less than 50% of the symptoms of PTSD. They also tend to numb orgasm for most people.

c) Finally, there’s the adrenaline blocking agents, which do help with nightmares for some.

Well, we have such a medicine.

Nearly every month I see a veteran’s life completely changed by medical marijuana. Just last month a vet told me that he feels like his kids “got their dad back.” He had been so jumpy and defensive around his family that they had adapted to his illness, tiptoeing around him. His three boys had become afraid to jump on his back or play rough with him. His wife had stopped trying to have long conversations with him.

Marjuana is good at treating PTSD for several reasons.

It is especially good at ensuring NREM sleep, or the type of sleep where you don’t dream at all. Those with PTSD have frequent REM-nightmare episodes shortly before waking, and they tend to sleep lightly, if at all. Whereas marijuana induces a deeper non-REM sleep (N3) that is devoid of all dreaming. As one patient put it, she now “sleeps like a kindergartner.”

Marijuana is known to blunt the dopamine response in our brains. Thus, for those persons with “hyper-vigilance”, one of the problems in PTSD, it tends to prevent the dopamine from surging and causing them to sweat and constantly check their surroundings for danger.

Marijuana is also known to cause, during treatment, short term impairments in memory. Well, for PTSD, that’s exactly what’s needed. What a person with PTSD cannot do is forget. (Is there a long term problem with the forgetting induced by marijuana? Can it damage a person’s brain? No, and I don’t have space to defend that here. But consider, briefly, someone like Willie Nelson, the musician who has used marijuana his whole life. Like any professional musician, he can play thousands of songs from memory.  It’s simply not true that marijuana lowers your IQ.)

Finally, some varieties of marijuana have an ability to reduce brooding and social isolation. How does marijuana do this? It reduces excess analytic and abstract activity in the prefrontal lobes, which in turn allow the friend-seeking deeper parts of the mammalian brain to take over.  This quality enables someone with PTSD to give less credence to the thoughts which are holding them back from re-engaging with the world.

So, all this science and medicine aside, there’s one simple fact: marijuana can greatly help those with PTSD.

For me, it’s no longer an hypothesis. I see it every week with my own eyes.